Cally and John Carlson have been working late evenings with their four children, filling tins with chopped walnuts and melted butter, sugar and chocolate.

The basic toffee recipe — taken from an old church cookbook — is their mulligan to improve upon a dismal 20th wedding anniversary, which the couple spent Oct. 8 at the Huntsman Institute in Salt Lake City.

Cally, a fourth-grade teacher at Tendoy Elementary School, explained her brain cancer is back, and the family no longer has the luxury of putting off opportunities to make lasting memories. 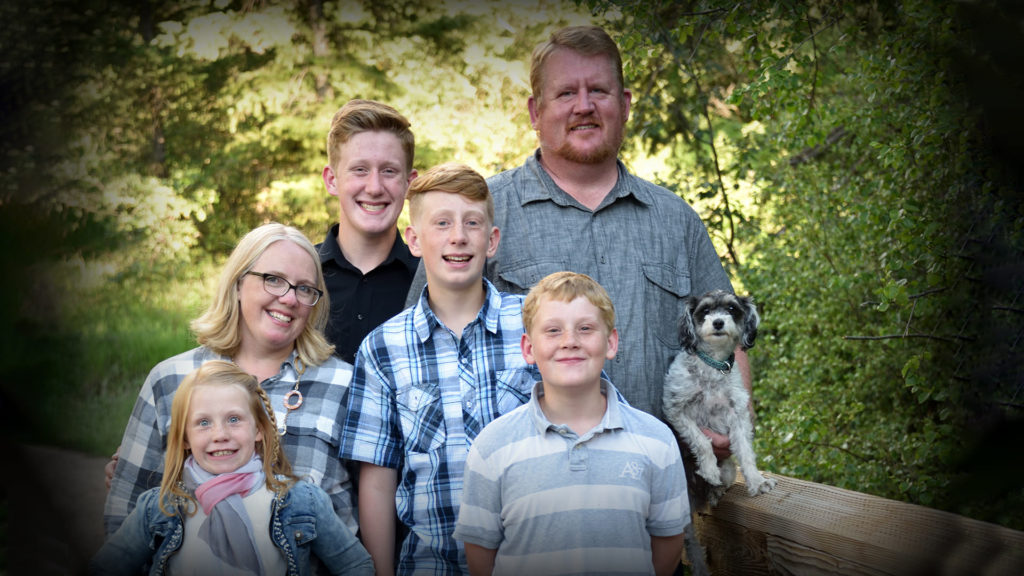 The Carlsons plan to use proceeds of their toffee sales to book the same cruise to the Mexican Riviera that Cally and John, who is a local real estate agent, took for their 10th anniversary. They’ll leave on spring break, and this time, the kids will come, too.

“This cruise is going to be something they remember their whole lives,” said Cally, who will also use the cruise to celebrate her 40th birthday “It’s a big deal for us. We’ve set it as a goal for the family.”

Cally started making toffee for friends about 15 years ago, and both of her sons raised money to go on the American Heritage Tour of Washington, D.C., by selling toffee. 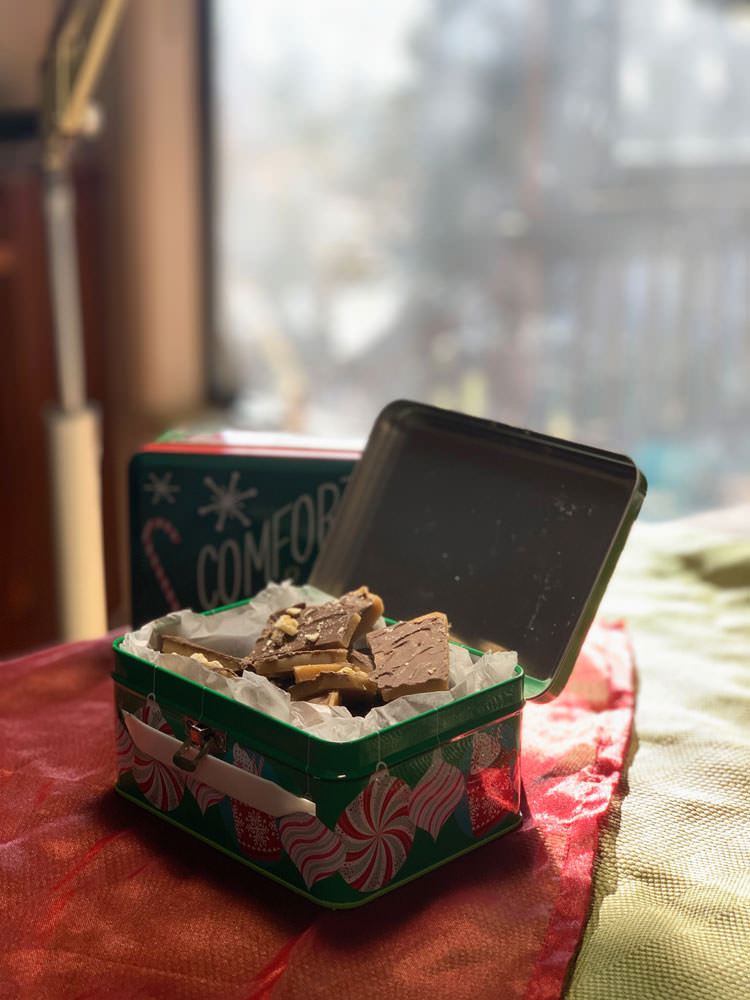 Cally was first diagnosed with brain cancer in 2014, after getting an MRI to determine the cause of bad headaches that wouldn’t go away. She had it surgically removed and underwent radiation and chemotherapy treatments.

Cally agreed to participate in a study to determine if taking chemotherapy for a year rather than the typical six-month duration would improve her outlook.

“Even after doing that for a year, the oncologist said his best guess was that it would be back in three to 10 years,” John said.

For a time, the regular trips for checkups in Salt Lake City were uneventful — Cally and John even looked forward to them as pseudo dates. They were dealt a blow last Dec. 6, when doctors discovered the tumor had returned, even though Cally had felt no symptoms.

In January, she had a brain tumor surgically removed for a second time. Cally had trouble with her speech and couldn’t remember her own last name, the names of her husband and children and the names of certain letters and colors after her surgery. She fully retained her memory of mathematics, however.

“It came back quickly,” Cally said. “It was all there. I just had to find new paths to get to it.”

When she returned to her teaching job last April, she often had trouble recalling students’ names. Cally said her students were understanding after she explained to them, “If you had a teacher who had to walk with a cane, you’d never get frustrated with them for not being able to walk quickly. You need to be patient.”

The tumor has started to regrow once again, and Cally’s physicians believe a third operation would be ill-advised. She continues to work full time at Tendoy and has been taking an experimental drug to inhibit the growth as part of a clinical study.

She’s appreciative of the support from the community, extended family, the staff at Tendoy and people in her church ward, who have kept her freezer stocked with meals after her surgery and accompanied her on regular walks to aid in her recovery.

Cally said she’s also appreciative of the flexibility of Pocatello-Chubbuck School District 25 and the generosity of coworkers who contributed extra vacation days, which has made it possible for her to return to work.

“There have been so many people who have jumped in at just the right moment to help,” Cally said.

What The Elf Project is Doing

The Elf Project is helping the Carlson family sell their toffee at different events in the community. We hope by telling their story that the community will rally behind them and help them reach their fundraising goals to go on their trip.

Thank you for your interest in ordering toffee!

We are no longer accepting orders for toffee at this time. Thanks to a huge community turnout, the Carlson family has achieved their fundraising goal and will be going on their family vacation!

We have been floored with all the support the Carlson family has received. We are working hard trying to get all the orders we’ve received fulfilled. If you have any questions, please contact us.

Subscribe to our newsletter to stay up-to-date on our current projects.